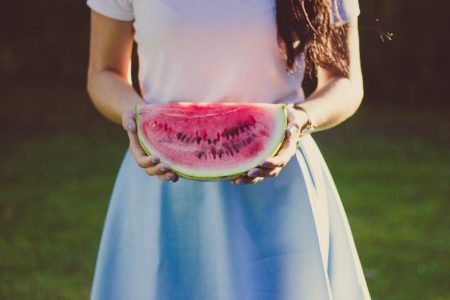 In the summer, many plan to lose weight due to the abundance of vegetables and fruits. Plus, in hot weather, appetite decreases, and fluid intake increases, which means that fewer calories are fed. It is often practiced diets using traditionally summer products, for example, watermelons. But doctors warn that a sudden change in diet and the use of early watermelons can damage health. So, it is quite possible poisoning with nitrates, which generously fertilize plants to stimulate their growth and maturation. No less dangerous is the excess burden of the kidney fluid, especially if they are unhealthy. Against the background of heat and thirst, edema is formed, which, with a diet, can only increase, it breaks the metabolism and can threaten complications.

Danger of a diet on watermelons

It has long been known that any diet, if it is not prescribed by a doctor, but found on the Internet – can seriously damage health. If it is a mono-diet, that is, weight loss due to the use of predominantly one product with a sharp restriction of all the others – the harm is greatly increased. Not an exception becomes and a watermelon diet, gaining popularity with the appearance of the first fruits in the market. Although watermelon saturates well, it supplies enough carbohydrates and minerals with vitamins, but the body is depleted of proteins and fats, and that’s why this diet can no longer be considered useful. To supplement the piggy bank of harm can also be excessive fluid loading, often forming or enhancing the swelling of tissues. Plus, excess fluid, minerals can disrupt metabolism, especially against the background of kidney diseases (pyelonephritis, urolithiasis, nephropathy), which will eventually cause significant harm, and weight loss will continue on the hospital bed.

Problems with kidney and watermelon diet?

Excess fluid and salts from the body actively excrete the kidneys. In the summer, due to increased water stress due to thirst and metabolic slowdown, the kidneys work in a tense mode even in healthy people. If these are people who suffer from inflammatory or chronic renal metabolic lesions, they are not shown any diets, they can cause irreparable harm to health. Categorically, this diet is contraindicated for people who have inflammatory kidney lesions (glomerulo- or pyelonephritis), as well as those who suffer from urolithiasis or renal hypertension. In addition to the fact that the kidneys actively excrete excess fluid, salt is lost in the urine, which is necessary for complete metabolism. The most active is potassium and sodium. 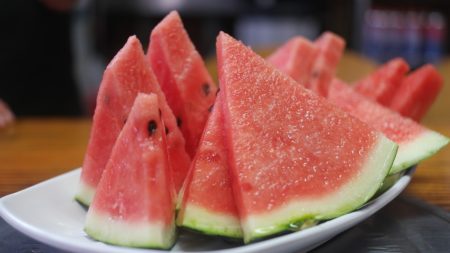 Sharp water and salt loads are harmful for metabolism, especially in people with physical illnesses or endocrine disorders. Excess water leads to the escape of part of it from the vessels to the tissues, which causes the cells to swell, and the metabolism is broken in them with the formation of energy. They in the conditions of puffiness suffer from hypoxia, intermediate products of a metabolism accumulate. In summer, due to high air temperature, the metabolism slows physiologically, excessive load of food and water can dramatically disturb the state of health, there is a feeling of inexplicable fatigue, lethargy, headache. If a healthy person still cope with these abrupt changes, then people with heart diseases or hypertension due to increased blood pressure can get into the hospital with a heart attack or hypertensive crisis.

Dangerous weight loss on watermelons in diabetes mellitus or impaired glucose tolerance. In fruits, a lot of sugar, which interferes sharply in the carbohydrate metabolism and worsens the condition. The situation is similar in people with pathologies of the thyroid gland and adrenal glands – the fluid loads for them are dangerous.

Even if a person is quite healthy, but previously used watermelon in small volumes, losing weight on a watermelon diet threatens with stool disorders. Excess water, fiber and sugar leads to fermentation, swelling and provokes quite a strong diarrhea in many. Yes, weight loss due to such a disorder will be higher, but also the state of health, overall health will suffer significantly.

For a full body, he needs not only water and sugar from watermelons, but also a full-fledged protein with all the essential amino acids and fats (vegetable and animals). In the watermelons of these components is almost none, and the body suffers from a nutrient deficiency. This violates immunity, the work of the nervous system, and liver function. Therefore, losing weight on such a diet can do much harm.

No matter how much watermelons are loved, in 2-3 days from one of their kind will spoil the mood, which leads to stress, mood disturbance and dreams of normal foods. Losing weight against the background of stress, impoverishment of the body with proteins and fats will lead to the fact that after leaving the diet, the lost pounds (if they are) will quickly return, and even with an increase. Therefore, do not practice such a diet, it is better to reduce the caloric content of the diet by replacing dense, fatty and carbohydrate foods with salads, light soups, snacks, but not depriving the body of the proteins and fats necessary to it at all. Weight loss will be smooth, painless and safe.