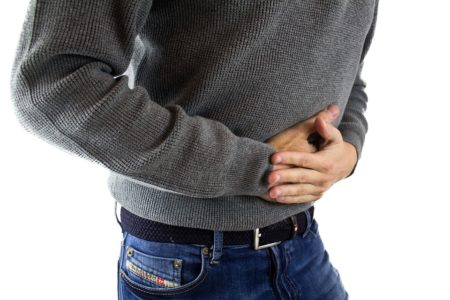 Diseases of the digestive system are numerous and divided into a group of infectious, caused by various pathogens, and non-infectious.

For infections, there is a specific pathogen that has a viral, bacterial or other nature. Penetration into the body leads to the formation of symptoms and metabolic disorders. A typical example is, for example, cholera.

There is a group of pathologies associated with problems of digestion, an incorrect way of life and the impact of aggressive environmental factors, for example, gastritis.

In addition, there are diseases with a completely undetected nature, which lead to a number of different manifestations associated with the digestive tract.

Cholera: a particularly dangerous infection
Among all available infectious diseases there is a group of especially dangerous, capable of forming dangerous manifestations and epidemics. They include cholera, a microbial infection that affects the digestive tract. Due to the specific toxin produced by cholera vibrio, multiple vomiting and watery diarrhea are formed, leading to severe dehydration, which reaches 5-10% of body weight. The spread of infection is facilitated by unsanitary conditions, crowding of people in places of stay and problems with providing medical care. In our country, this infection is strictly controlled in connection with its extreme danger.

Gastritis: malnutrition
Among young people, a pathology such as gastritis has become quite common today. Its development is associated with inadequate and poor-quality nutrition, a violation of diet and an excess of irritating components in food. With gastritis, acute or chronic inflammation of the mucous membrane is formed, leading to a disruption in the functioning of the glands producing gastric juice. As a result, excess acid and deficit of protective factors against the background of the inflammatory reaction leads to constant irritation of the cells, the formation of pain and discomfort in digestion, the formation of erosions and even ulcerative lesions. In acute gastritis symptoms are most pronounced, against a background of chronic typical periods of exacerbation, followed by remissions, when the severity of manifestations varies greatly. The basis of treatment of this pathology is diet.

Crohn’s disease: a mysterious pathology
One of the problems, the study of which is actively continuing, is Crohn’s disease, it is a specific process that can localize in any part of the digestive tube, but mainly affects the intestine. Mechanisms of pathology have not been elucidated enough, studies are under way to determine its true causes.
In the treatment of manifestations of Crohn’s disease, a key role is assigned to nutrition and a certain lifestyle, as well as the intake of certain types of drugs that facilitate pathological processes in the intestinal wall. Manifestations are characterized by a pain syndrome, a violation of the assimilation of food components, stool problems and bloating, which leads to multiple limitations in the usual life.