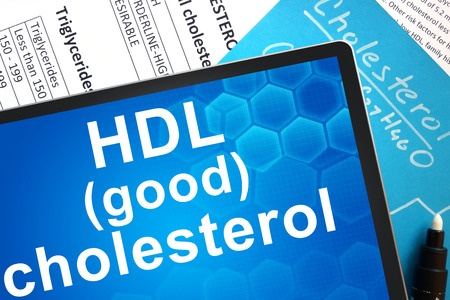 As per recent studies, it has been found that good cholesterol does have the potential to raise the chance of heart attack among cardio patients. As a result of this findings, fresh doubt casts on the use of medicines that are been given to patients for raising its level. Cholesterol containing HDL is primarily responsible for minimizing the chance of heart attack as it normally offsets the impact of artery clogging which is mainly caused due to low density lipoproteins.

Although limited concentration of HDL is not at all bad for the health but people having exceptional genetic mutation tend to possess higher levels of high density lipoproteins inside their body. This automatically increases the possibility of higher risk of heart attack. According to Daniel Reader, who is a part of this discovery, says that their results have found that factors responsible for the formation of increased HDL levels are actually enhancing the chance of heart ailments. He also says that the first instance of such factors is genetic mutation which not only raises the level of good cholesterol but also increases the risk of heart attack.

Researchers have found that mutation affected people do have similar risk of cardio-vascular ailments like that of chain smokers. Usually HDL is responsible for smooth heart functioning as it normally ferries cholesterol into liver for the purpose of elimination. Unfortunately, the process is hampered among individuals containing faulty genetic version of SCARB1 which ultimately lead to the formation of higher concentration of good cholesterol that often deviates from the specific task of ensuring smooth cardio functioning.

People belonging to Ashkenazi Jewish community do represent such mutation trends which ultimately help in explaining the reason for the failure of the medicine, which are responsible for increasing the level of good cholesterol, at the time of clinical trials. Since the last decade experimental drugs like CETP inhibitors formulated by researchers like Roche have been witnessing consistent failure in producing desired results. Now it is time for the anacetrapib drug to produce desirable outcomes in the final study stage.

Peter Weissberg whose British Heart Foundation had supported this scientific research is of the opinion that it has been successful in unveiling a major mystery which could ultimately usher latest avenues of medical science on a long term basis. He is optimistic about the fact that these exceptional findings will pave the road for in-depth study of SCARB1 gene for identifying latest cures for reducing the chance of heart disorder in future. Ultimately there shall be a way where people with genetic disorder can actually consume pill for controlling the expansion of HDL to prevent the chance of heart attack. But for that more researches need to be carried out as it requires much elaborate study on the formation of good cholesterol and to easily distinguish it from the harmful one. It is certainly encouraging for researchers that government will also provide them required research assistance.