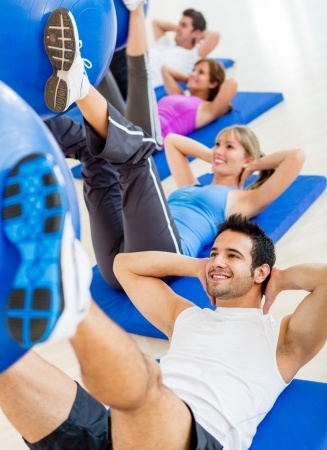 Every health conscious people exercise daily to have solid and stout body figure with less concentration of body fat. But according to latest study it has also been revealed that exercise also reduces the chance of developing thirteen cancer types among people. This latest study is based on detail research analysis of the scientists covering people around 1.4 m in Europe and USA. Subjects of this research work were belonging to twelve diverse study groups who had been under sharp observation for about eleven years.

During this ongoing research periods, candidates were questioned regarding their exercise routine in daily life and to what extent they perform these exercises for having solid and stout health. It was found in this study that participants diagnosed with cancer cases accounts to 18,600. The study group also reveals that people who do intense physical exercise constitutes a mere figure of only ten percent. It had been further exposed that such people are immune to the chance of developing thirteen specific cancer types that can have harmful impact upon the health.

These thirteen cancers mainly include lung cancer, esophageal cancer, liver cancer, breast cancer, bladder cancer, rectal cancer, colon cancer, Melanoma and so on. The research has been successful in establishing the fact with extensive level of various physical exercises the chance of falling victim to these lethal cancers minimized of about seven percent. It also attributes to the global control and reduction of the incidents of cancers among people of every age group without affecting the health.

Though exercise helps in the prevention of majority of cancer cases but there are exceptions and slight deviations in this norm. It is because latest research has figured out that intensive exercise can also lead to increased scope of the prostate cancer among people. Though the actual biological cause of this cancer is yet unknown among the scientists but it can be easily concluded that men who are physically active are more susceptible to this lethal caner. Not only that, it has also been found in this study that extensive amount of physical exercise can also brighten up the scope of falling victim to malignant melanoma of about twenty seven percent with potential negative health impacts upon the victims. It normally happens when people are engaged in extensive outdoor exercise in bright sunlight without any protection.

This revelation has brought into notice how exercise can be performed in a protective environment. However the study fails to portray the importance of risk free physical activity as a most potential safeguard against cancer. It is also essential at the same moment to figure out how much amount of exercise is needed to remain fit and active. Without such prior guidelines the research may remain incomplete and it is equally important to study the mechanism through which the occurrence of these cancers among people can prevented permanently for having sound health. Scientists are optimistic about the finding of possible solutions to this question.