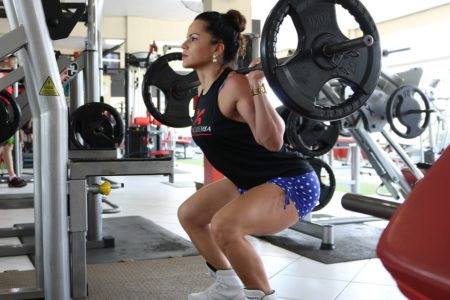 Aging, we inevitably gain weight. According to statistics, between 20 and 50 years, a person recovers approximately 15-22 lbs. For some, this process occurs gradually, in others the body mass increases at certain periods: for example, during menopause in women. Why does age contribute to the appearance of excess weight? How to prevent an excessive increase in body fat, fraught with health risks?

Factors affecting weight: muscle mass, metabolism and age
The main influence on the weight of a person is metabolism – the so-called processes, as a result of which nutrients obtained from food are converted into the energy needed by the body, and vice versa. The intensity of the so-called basic metabolism, that is, metabolism at rest, determines our weight: the more intense the metabolic processes, the more reactions occur in the body the more calories are consumed to ensure the vital functions of the body, the less fat accumulates. In turn, the intensity of these processes depends on the muscle mass, the energy of our body is largely channeled into the work of the body. The more muscles, the higher the intensity of the basic metabolism, that is, the more calories are consumed by the body at rest, which means that the less we add to weight. 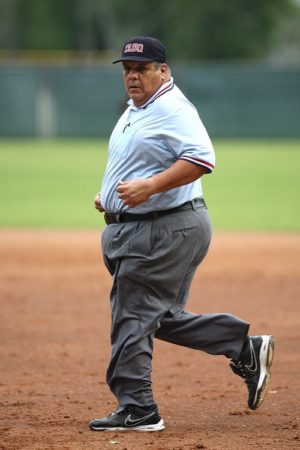 Men have a more significant muscle mass and more intense metabolism, so they are less likely to be full compared to women. This is confirmed by the figures: in men, normal fat tissue is 10-15% of the total weight, while in the fairer sex this figure is 18-25%. Nature prudently provided the woman with such a feature for ensuring the survival and reproduction of the human race in conditions of possible famine. But what was previously a gift of nature in today’s prosperous society is seen, rather, as a defect.
With age, there is a decrease in muscle mass: in an adult, it decreases every 2-3 years. In connection with this, the intensity of the basic metabolism decreases. At the same time, the caloric intake of food often remains at the same level. As a result, calories burned earlier by the body are stored as fat.

What to do? In order to slow down the process of decreasing muscle mass to people who have reached the age of 50, it is recommended to increase the intake of food proteins (lean meat, fish, dairy products, eggs, legumes, nuts). Especially effective for muscle building is the consumption of protein foods within 30-40 minutes after strength training. The latter are recommended by specialists as a method that helps to cope with the problem of the age-related decrease in muscle mass (provided there are no contraindications).

Excess weight due to pregnancy and menopause: the role of hormones
Pregnancy and menopause are periods when a woman is at risk of gaining excess weight. Its increase at these stages of the life path is a normal phenomenon, conditioned by the activity of hormones. However, at this time there is a danger of excessive accumulation of fat, which is not very good for the body.

During pregnancy, significant changes occur in the body of the woman, in which, first of all, the hormonal system is involved. These changes are aimed at ensuring normal childbearing and safe delivery. Under the influence of hormones, the appetite of a future mother increases and the accumulation of extra pounds increases on the threshold of breastfeeding. The normal weight gain during this period is 20-33 lbs. However, sometimes this figure exceeds the norm, and excess weight becomes a problem both during pregnancy and after childbirth.

What to do? During the birth of a child, it is necessary to carefully monitor their nutrition, which should be full and balanced, but excluding products that lead to the acquisition of excess weight and are harmful to the body. These include fast carbohydrates, smoked meats, marinades and shop sauces, sharp, fried and fatty foods, fast food. During pregnancy, you should engage in special therapeutic physical training, and after childbirth, within the timeframe agreed with the doctor – to resume the usual physical activity: sports, training, dancing and so on.

Hormones are also responsible for the excess weight that a woman purchases during the menopause. Weight gain at this age stage is normally between 4 and 11 lbs. The decrease in the level of estrogen at this time contributes to a slowdown in metabolic processes and the accumulation of fat. Fat deposits increase, because with the deterioration of the functions of the ovaries in the adipose tissue, the body begins to produce and store “necessary” hormones.

What to do? The best way to avoid excessive weight gain during menopause and menopause, in addition to rational nutrition, experts consider an increase in physical activity. This will slow down the process of reducing muscle mass and maintain the basic metabolism at the desired level. According to the research of Geneva scientists, women who devote 20-30 minutes of physical exercises a day (fast walking, running, etc.), practically did not gain excess weight during this difficult period.

Diseases and habits that contribute to the appearance of excess weight
There are a number of diseases and conditions that often develop in old age, which contribute to weight gain. These include:

This is a violation of the thyroid gland function, in which the body produces insufficient amount of necessary hormones. The disease is accompanied by rapid weight gain, affects most women after 50 years. Being incurable, the ailment, however, can be controlled by the daily intake of thyroid hormones.

These pathological changes, accompanied by increasing brittleness of the bones, are often found in the elderly, especially in women. Together with the process of reducing muscle mass, they negatively affect the basic metabolism, provoking the accumulation of fatty deposits. To improve the condition of bones, it is recommended to saturate your diet with vitamin D and calcium. If necessary, the doctor can prescribe vitamin complexes. A good result is physical exercise.

Mature age is often accompanied by the acquisition of habits that provoke a set of excess weight. Improvement of social status and financial position often contributes to less mobility: walking is replaced by trips in the car, active leisure – by sitting in front of the TV. In food, more harmful delicacies may be present. All this invariably affects weight.

However, overweight is not a mandatory application for age. To preserve youth and health, it is enough to monitor your diet, avoiding excesses and harmful products, to consult a doctor on time in case of worsening state of health, to undergo regular medical examinations, and also to pay attention to physical culture.