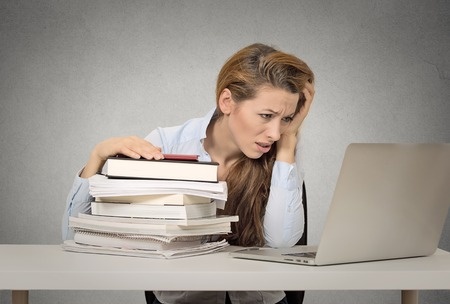 As per the latest US findings, women who have been diagnosed with the problem of ADHD during their childhood are more susceptible to obesity than those who are not diagnosed with this disorder. This future outcome of obesity is much more prevalent among females than males who have been diagnosed with this disorder. Previously it was considered that ADHD or more prominently Attention Deficit Hyperactivity Disorder was due to excess sugar consumption or as the consequence of bad parenting. But another study has concluded that it is a hereditary problem or disorder. Children born with this mental disorder are unable to concentrate on their studies and other activities. They often display uncontrollable and disruptive behavior both in school and home.

Researchers are of the opinion that though the actual cause and impact of this disorder is yet to be established. But, on the basis of certain symptoms of this disorder like inability to concentrate and impulsiveness, it can be ascertained that as a result of lack of healthy diets, this disorder can even effect women during the period of adulthood. According to Doctor Seema Kumar, who is a researcher and pediatrician at the Mayo Clinic Children’s Research Centre, various studies conducted on cross sectional basis have found a link between the problem of obesity and childhood ADHD.

In order to support this new finding, she with her team of colleagues began the process of data analysis approximately upon 366 adults who have been diagnosed with ADHD during childhood and this analysis also included around 665 adults who are not having this disorder. For the sake of uniformity in the data analysis, they mainly included those men and women whose date of birth was between the year of 1976-1982 along with the medical records that clearly indicate their medication regimen, weights and heights from the period between the years of 1976-2010.

The result of this analysis clearly states that about thirty four percent of research subjects who have been diagnosed with ADHD are more prone to the problem of obesity after the age of twenty years. While those without this childhood mental disorder comprise of twenty five percent. It was also found that there is an underlying disorder in neural routes of the brain which leads to symptoms of impulsive behavior along with imbalance in the level of satiety and hunger.

The research also found that the relation between obesity and ADHD is also due to sex difference. It has been noticed that the difference of ADHD subtypes is much prominent among women than men and so women tend to possess the highest subtype of in attentive ADHD which results in accumulation of overweight in their body. On the contrary, men possessing impulsive/hyperactive AHD subtype often witness considerable expenditure of energy from their body which ultimately prevents the accumulation of fats in their bodies. Doctors are suggesting timely treatment to curb this problem and a constantly working to get the best possible solutions.