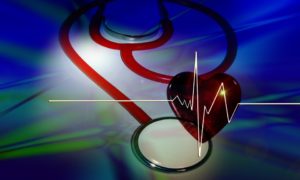 Finally, we managed to find the cells, due to which the heart can be restored after damage.

Our life would be much easier if our heart could regenerate. In many fish, amphibians and reptiles, the remaining cells of the heart can heal any damage. However, in mammals, alas, new cardiomyocytes can appear only during embryonic development – immediately after birth, the stem cells, which gave rise to the heart, fall asleep. Therefore, after a heart attack, it does not recover from us, but is cicatrized: instead of muscle cells that could be cut, the damaged area is closed with a connective tissue. It is believed that this was the evolutionary price for a more perfect heart: in amphibians and others, the heart cells can reverse their development, to the stem stage, and thereby heal the damage, but it is the ability to become stem cells that badly affects the cardiac functions proper. In animals, cardiomyocytes work better, but they can not “fall into childhood”.

However, in 2011, cardiologist Hesham Sadek and colleagues at the University of Texas suddenly discovered that in young mice, the heart can regenerate quickly. After surgical removal of 15% of the ventricle muscle in one-day mice for three weeks, the lost tissue volume was completely restored, and two months later the ventricle returned to “normal” functioning. The ability to restore the heart stayed for seven days, in seven-day animals the ventricle no longer regenerated. The most curious thing was that the regeneration was not due to stem cells, but due to the usual mature cells of the heart muscle, which, apparently, suddenly remembered how to share.

But when the experiment tried to replicate the researchers from the University of Southern Denmark, they saw only the usual scarring and no recovery – an article with these distressing results came out in Stem Cell Reports last spring. Some experts have tried to explain the discrepancy between the experimental data in that two competing processes, regeneration and scarring themselves can occur during regeneration, and even the slightest differences in the experimental conditions can give an advantage to one or the other. In addition, no one has seen the cells that restored the heart of the mice; The conclusion that there are not stem cells, but mature cells of the heart muscle, was made on the basis of indirect evidence.

And yet, apparently, the restoration of the heart by “non-stem cells” is not a myth or an artifact. In a new article published in Nature, the same Hesham Sadek and employees of the Southwestern Medical Center at the University of Texas claim that they were able to find exactly the same repair cells. They really turned out to be ordinary cardiomyocytes, however, with the preserved ability to divide. Preliminary experiments indicated that such cells would have to multiply under hypoxia, that is, with insufficient oxygen supply. As a result, it was possible to find a small number of cardiomyocytes, which resembled newborn cells. To detect them, we had to create a genetically modified mouse, in which the Hif-1alpha protein needed for cells in hypoxia was connected to a labeled protein that allowed to see the cell with the activated hypoxic Hif-1alpha gene.

On average, the annual increment of new cells in the heart was 0.62%, which is consistent with earlier estimates. This, of course, is not enough, but now, having in their hands the restorative cells, physicians can try to deliberately shake them, make them share more actively. Recently, several papers have appeared in which the fission genes in cardiac cells could be “blindly” awakened with the help of microregulatory RNA and other epigenetic mechanisms; I would like to hope that now the search and optimization of such methods will go faster – of course, after the same cells can be found in the human heart.

How Can You Rejuvenate Your Heart?