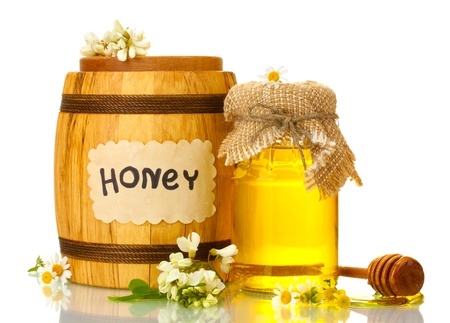 The history of honey dates back to the period of ancient Egyptians. They were offering the fluid to their gods and used it as a medicine to dress wounds. So, the sweet and sticky liquid was playing a role in their lives. Honey has become dearer to many people in the recent times owing to its anti-inflammatory and anti-bacterial characteristics. It is considered as nature’s one of the best remedies. However, there are still some question marks over its healthfulness apart from wound care.

For the adults, it is harmless and a natural food. However, the pediatricians warn against feeding this liquid to kids aged below one. The main reason is botulism risk as spores of such bacteria are present in soil and dust which can also enter into honey. According to Neonatologist Bhatia, the infants lack a matured immune system for defending against infection. Botulism is a defined as a paralytic disorder where the infant should be provided with antitoxins and placed on respirator in ICU. They don’t have the same gastrointestinal tract as found in older humans.

Laboratory tests have shown that honey hampers growth of the food borne pathogens like salmonella and E.coli. It also protects against bacteria such as Pseudomonas aeruginosa and staphylococcus aureus found in offices and hospitals. There are various categories of honey including darker and lighter ones although the latter supposedly has more antioxidant and antibacterial strength. It is mainly categorized based on factors such as aroma, clarity, flavor and sediments.

Pressure sores and chronic leg ulcers can be treated with Manuka honey. It is prepared in New Zealand after being extracted from leptospermum scoparium nectar. This Medihoney was approved by FDA in 2007 to be used in the treatment of skin ulcers and wounds. Wound care expert Bongiorno points out that medihoney has been their solution to heal wounds since its arrival into the market.

Bongiorno, the wound specialist has been to Haiti where the ordinary flavour is used for wounds. It is harmless but isn’t as effective as Medihoney whose purification is done by ultraviolet lighting. The antibacterial properties of such a liquid are well preserved, believes Frank Bongiorno. It is very useful to treat wounds but the pH content of Manuka variety is more acidic which aids the healing procedure.

There are some lab studies revealing the potential of this liquid in fighting allergies and clearing up stuffed noses. Allergist Bowser from New Jersey points out that majority of allergy sufferers are quite vulnerable to wind-brought pollens such as ragweed and grass. According to Bowser, the presence of allergens hardly makes any difference. The liquid is broken down by the stomach acids and hardly triggers any immunological responses.

A physician claimed that syrup made up of this liquid can treat cough and calm inflamed membranes. According to a study conducted with 139 children, the sweet and sticky liquid eased night time coughing among children. However, the liquid isn’t effective in conditions like diabetes as it is rich in calories and carbohydrates. Antioxidant levels are high in honey depending upon its darkness.