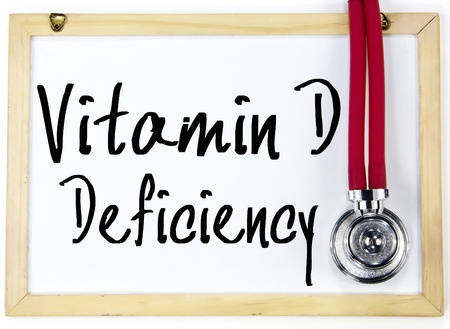 Lack of Vitamin D in aged adults may negatively impact their thinking abilities and memory power. It takes place much faster compared to people without any deficiency of this vitamin, say researchers. According to Dr Miller of Rutgers University, the findings weren’t surprising to their research team. It is due to the recent growing literature mentioning a link between the lack of Vitamin D and vulnerability to cognitive decline, brain atrophy, dementia and Alzheimer’s disease.

A team of researchers along with Dr Miller studied the exact link between its presence in blood vessels and direct impact on thinking abilities and memory  with 318 older adults over five years period. On an average, the participants aged 76 years which included 96 Hispanics, 158 whites and 113 Afro- Americans. As per former research outcomes, almost 50% of Americans aged over 65 suffered the deficiency of Vitamin D.  The study authors pointed out that low level of this vitamin are more likely to be common with non-white population.

As per old studies, this vitamin is also related to heightened vulnerability of dementia. Miller and his group’s writings in the JAMA neurology say that people suffering from cognitive impairment have deficiency of this Vitamin within an estimated 70% to 90%. According to fresh studies, the researchers observed the blood levels with 25 hydroxyvitamin D. It is usually a form generated as soon as the body changes the vitamin created in skin by sunrays and food consumption.

The 25 OHD levels circulating is measurable through blood testing and recent guidelines consider the sufficient levels somewhere between 20ng/ml of serum to 50ng/ml. The insufficient amount ranges from 12 to below 20ng/ml and less than 12ng/ml is considered to be deficient.

Low percentage of Vitamin D was relevant with significant difficulty of recalling general information, observing link between objects and overall thinking abilities. Throughout a time period of less than five years, those with vitamin deficiency experienced decline in thinking abilities and episodic memory. Declines rates were quite similar with individuals that had normal brain functioning at the research beginning. It was the same with people diagnosed with cognitive decline or dementia.

After making adjustments for more cognitive factors like obesity, vascular diseases and gene variant presence, the link within vitamin deficiency and mild cognitive decline was still there. Although the deficiency is common with aged adults and closely related to increasing instances of cognitive impairment, Miller cautioned on dangers of high vitamin consumption in form of supplement. The tolerable levels in regular intake should be maintained to avoid negative health effects. Experts caution on excessive intake causing damages to body tissues and kidneys, especially above a certain prescribed level.