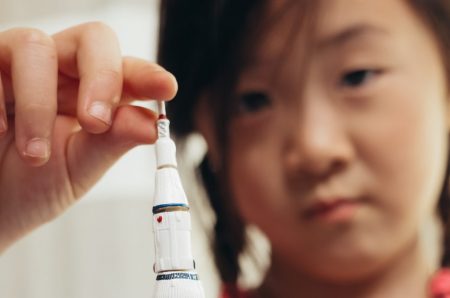 Diabetes in children is an increasingly common disease in children under the age of five.

Diabetes can be of two types, but the most common is type 1 diabetes. This type of diabetes is insulin-dependent, which means that a person needs an external supply of insulin.

In general, type 1 diabetes is the most common, accounting for more than 90% of cases of diabetes diagnosed in children under fourteen years of age.

Diabetes is a disorder of the endocrine system characterized by the low production of insulin in the pancreas. So, it leads to the accumulation of high levels of sugar (glucose) in the blood.

It is usually of autoimmune origin because the body itself destroys those cells of the pancreas that no longer function.

In other cases, insulin production may be normal, but cells cannot use it properly because of the defect. This mainly applies to type 2 diabetes.

The diagnosis of diabetes is to measure fasting plasma glucose level at or above 7.0 mmol/L (126 mg/dL). This is by the criteria of the International Society for Pediatric and Adolescent Diabetes, 2014.

On an empty stomach, blood glucose levels are high, so doctors will also perform other tests to confirm diabetes. They need to find out what type it is and rule out other conditions that also have hyperglycemia.

This is because the treatment of these diseases is different, and the prognosis will be worse if it is not diagnosed in time.

After diagnosis, the patient should begin treatment immediately to monitor blood glucose levels. Also, it helps prevent ketoacidosis. This is because it can complicate the prognosis.

Frequency and age of onset

Type 1 diabetes is increasingly common and usually manifests itself at the age of 1 day to 14 years. Doctors diagnose approximately 10-25 cases for every 100,000 children in this age range.

However, there is a significant increase in the number of children under 5 years.

Signs and symptoms of type 1 diabetes

To avoid misdiagnosis, doctors measure blood glucose levels for at least two separate days. They believe that the result for type 1 diabetes is positive if:

Patients with diabetes usually have:

Therefore, a child with diabetes who comes to the emergency department usually has the following symptoms:

Differential diagnoses of diabetes in children

Although the most common cause of hyperglycemia is diabetes, it is also important to consider the possibility of other diseases, such as:

Treatment of diabetes in children

In general, the treatment of this disease is aimed at controlling the level of metabolism and avoiding acute and chronic complications. These are usually symptoms that can affect the development of children with diabetes.

The education of the child inside of the family is very important in the treatment of juvenile diabetes. This will allow them to control the disease and avoid complications.

Three main points in the treatment of diabetes:

Fortunately, the treatment of diabetes has changed significantly in recent years. The pharmaceutical industry offers all kinds of insulin. In general, there are medications with both fast and slow action, and they allow better control of this disease.